Patricia Ann Holland, 79 of Morganton was called home to be with her Lord and Savior and late husband on Wednesday, January 11, 2023 following a period of declining health.

Patricia was born on December 6, 1943 in Florida to the late Jack Patton and Beulah Rogers Dale. She was a loving daughter, wife, mother and grandmother. She was a member of Praise Assembly of God in Glen Alpine. Patricia adored her family and enjoyed spending time with her grandchildren, whom she loved dearly.

In addition to her parents, she is preceded in death by her husband, John David Holland.

A Memorial Service will be held to honor Patricia Ann Holland and John David Holland on Sunday, January 15, 2023 at 3:00 PM at Praise Assembly of God at 873 US-70, Morganton, NC 28655 with Pastor Kevin Crawford officiating.

Inurnment will be private.

An online guestbook and obituary is available at www.heritagefuneralservices.com

Heritage Funeral Service and Crematory is assisting the family. 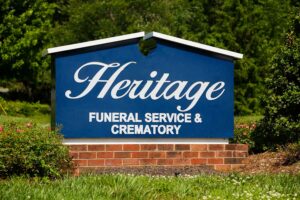